Stuck with a Cube? Myha walkthrough

MYHA is a small game that can be finished in 2 minutes if you know the answers. But if you play it for the first time, it can keep you busy for several hours. Reading the diary, visiting the island, and finding the solution of the puzzles is time-consumming. Most of the challenge of the game resides in finding passwords, and opening the main gates can be quite easy if you are familiar with adventure games. However the final password is tricky and you could get stuck without a bit of help. Follow these lines to complete Myha!

After the introduction, go on your right. Look at the notebook and read the 1st diary. Continue the only way until you reach the planets device. Look at the first view, write the symbol and the color of the only colored planet. Check the other sides of the device. Write all the symbols and colors. It gives :

Now look at the table on the wall. It containes colored leaves and numbers. Try to replace the leaves with numbers. Each number of each raw can be added to give the result on the right, and same for the columns and the numbers at the bottom. It should allow to guess the missing number (replaced by a clover). It gives:

Now go back on your steps, follow the paths until you reach the tower. Go to the top (with an armchair) and look at the window on the left. Take the remote control of the rocket. Use it on the door of the rocket. Enter the rocket, look at the computer on the wall and read the 2nd diary.

Check the doors of the rocket and take a metal bar near one of them. Look at the paper on the wall, it's an ascii table that will help you soon. Leave the rocket and walk to the closest metal gate. You have to enter the code. The display shows a leaf and a clover, the same than in the table of the beginning. Replace these symbols with the numbers you found earlier: 8 and 13. That's the code you need to enter. However the keyboard only contains 2-digits numbers from 49 to 57. So use the ascii table of the rocket to convert 8, 1 and 3. It gives 56, 49, 51. Open the door.

Enter the cave, visit the path on the left and read the new diary. It contains the password of the other metal gate (at the beach, near the marina). You can enter it now or later.
Still in the cave, use the metal bar in your inventory on the rotative door, where a wood plank is broken. Use the lever to open the door.

Continue in the cave until the rusty machinery. There are stairs near it, but they are raised so you can't use them. The machinery can lower the stairs. It has 4 hotspots: a lever, a small sliding lever, a button and a handbreak.
- pull the sliding lever
- push the lever
- push the sliding lever again
- release the handbreak
- press the red button
The stairs should lower. But if you leave, they will raise again automatically, so don't forget to replace the handbreak!

Go down the stairs. Push the button on the plasma shield box. Leave the cave and visit the temple now that it is opened. You'll find there the last part of the diary.

Still in the temple, use the armchair. You'll see the outside of the Ark spaceship, and 4 planets. One of them is probably Myha. It is important to write their colors: blue, pink, green and yellow. You should make a link with the planets device from the beginning, and you can complete your data with the position of the planets:

Now go through the metal gate at the beach (you have the password in the 3rd diary). Walk to the stasis pod and look on its left to find a hatch. Take the colored stones in your inventory and use them to fill the grid according to the information you have gathered with the planets (above). It gives:

It will open a hidden hatch with a new keyboard. The display shows 2 superimposed grids. Try to combine your different grids. You have the last grid (with colors) and the grid of the beginning (the leaves on the wall). They both contain 4x4 data. If you superimpose these data, you get:

Take each revealed number of each column and you get the password! It is the end of MYHA.

You might have followed the progress of the MYST game Jam, and discovered that there has been 38 game entries, which is a good surprise, and also proof that Myst is still popular after so many years.

My project, MYHA, is now finished and is free to try. It will take you 1 - 2 hours (and more) to finish it. It is available in English and French, and I hope that all bugs were fixed in the 1.1 version.

I am now working on a small new FPA for the Myst Jam hosted on itch.io (here). I have to release this game before January 18th, so the development of Catyph is paused until then.

Myha will be a free game of course, and will be created in special circumstances, so don't expect it to be a new amazing adventure game that will bring new ideas and gameplay. It is first created as a tribute to Myst, according to the rules of the Jam, and will feature old-school graphics and gameplay.

You can follow the development of Myha on this forum. 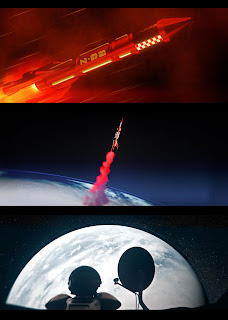 Since a few days, the final Making of Catyph is released on the Black Cube site. You can read it here:
http://www.theblackcube.fr/making-of-catyph.html

Don't forget also that you can read the Post Mortem of ASA too:
http://www.theblackcube.fr/asa-post-mortem.html

By the way, the development of Catyph will be paused for a few days starting today. I take part to the Myst Jam hosted on Itch.io (9-18th January). I will try to create a little something in less than 10 days. News, screenshots and WIP should be posted here from time to time, or on The Icehouse site. 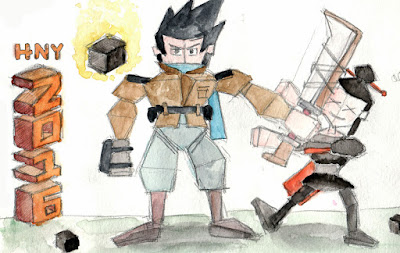