Catyph on Steam: Thank you!!

Thanks to the votes of many of you who follow my work on Catyph, I am very happy to confirm that the game has been greenlit on Steam on December the 29th 2014. As a result, you can expect a release of CATYPH: The Kunci Experiment on Steam in 2015, and on self-published DVDs on the Icehouse shop! I will give more details as soon as possible.

2015 will be the year of the Black Cube series, with several projects to come:

- ASA: Remastered Edition will release on Steam and self-published DVDs in February/March

- Catyph will release on Steam and self-published DVDs in 2015

- 2 other projects created by other teams of indie developers might be revealed (Ape Marina and Luminy Studio, Friends of the Icehouse)

- TBT: The Black Tower Prototype was just shared as a gift for free and I still have hope to work on it from scratch sooner or later.

For more details about these projects, please come back on this blog from time to time, or just follow The Icehouse collective to receive the latest news. As you can see, the Icehouse is more and more involved in the distribution of my projects, so I think it's a good idea to learn more about my small creator's collective if you plan to purchase one of my games someday! www.theicehouse.fr

Once again I'd like to thank you A LOT for your continuous support and for voting for ASA and Catyph on Steam, and I wish you all the best for 2015. Happy New Year! 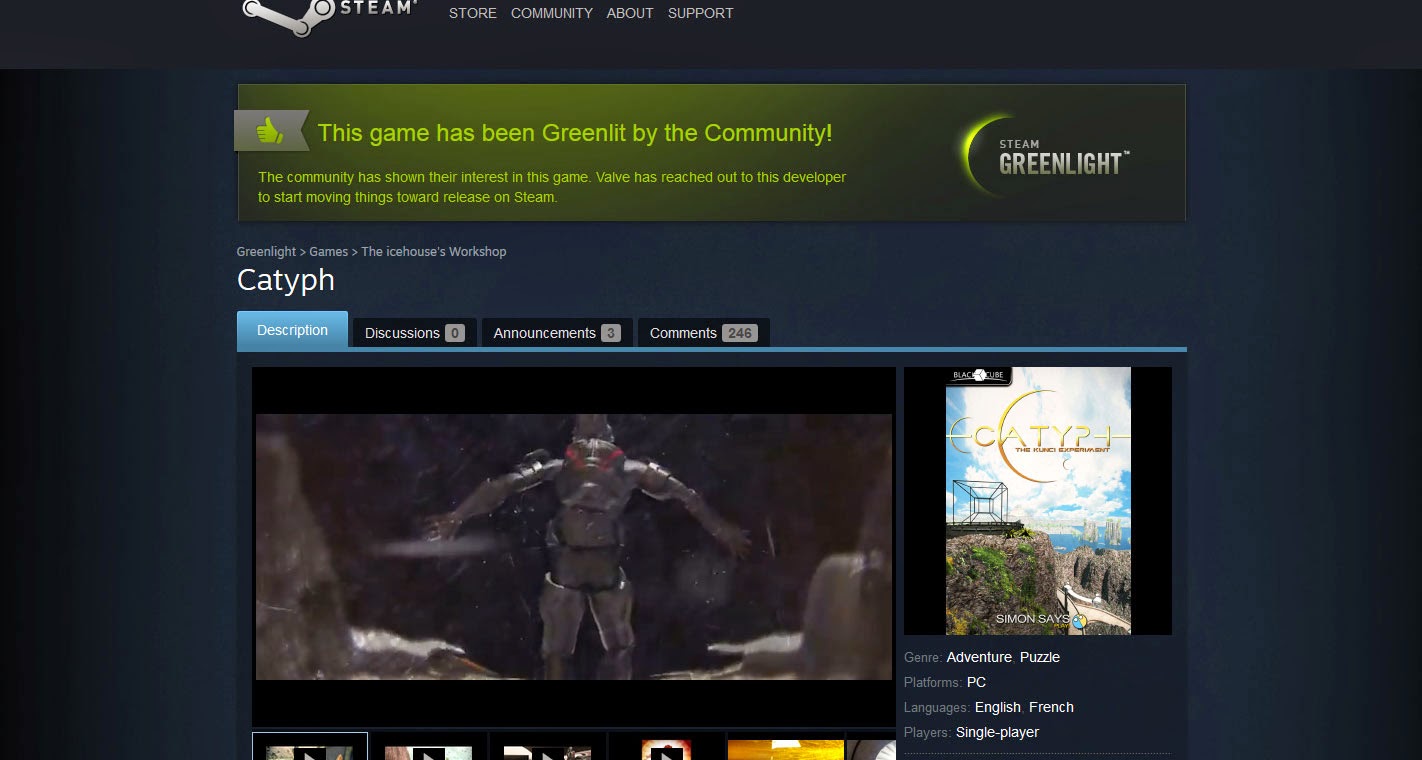