To celebrate the 100th message on this blog, I decided to make a DVD cover for ASA ! Those of you interested in burning your own DVD backup might be interested ;) 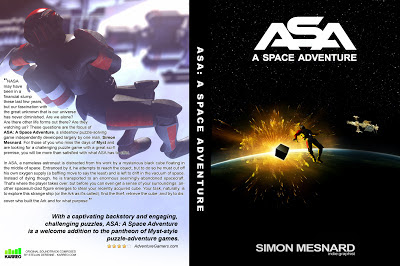 An all new project

Thanks to your support, I decided to work on an all new project ! Though it won't be an adventure game, it should please all people who like long stories and vast worlds. On top of that, it will take place in the world of ASA: A Space Adventure, in a different place, at a different time. I can't wait to let you know more!

- Will take place in the world of ASA, probably on planet Terra.
- Will happen in 2032, that is to say 21 years after Philippe Forté found the Cube, and 25 years before the events of ASA.
- Will have a parallel story to ASA : no need to know ASA to play this one, yet you will meet many familiar things in this new project if you already know ASA.
- Will introduce the son of Philippe Forté, Yan, as the new hero.
- The story will be much more developped than in ASA, with characters dialogues. It will be mostly based on my initial novel : The Black Tower (in reference to the Monolith).
- I won't work alone on this project, we are currently a team of 3 freelancers working on a small demo. Because we don't have funds, we will try to be crowdfunded.
- The game will probably be in 2.5D (2D environments with 3D characters) and should be created with Unity for PC and Mac, in english and french.
- It won't be an adventure game, which means you'll have to wait a little longer if you wanted an ASA2 (sorry). Yet it won't be an action game and should concentrate on an easy gameplay and an open world.

It is almost 2 months since ASA released (already !), and I want to sincerely thank all of you who decided to buy it. That was probably the best way to support me and my work, and you can count on me for new projects in the future.
THANKS EVERYONE !

And a very special thanks to some people who really trusted ASA and helped the game become a little more famous :
- The Adventure Maker community
- Giovanni Albani
- Reneuend
- The Adventure Gamers magazine and community
- Greyfuss
- Jackal
- Lena and the Jeuxvideo.com team
- Manu and the AA&Cie community
- Indiestatik
- Gazoinks!
- Reggio and the LTF abandonware team
...
And you !

You can still support ASA by joining the game on Facebook ! Help the game become more known by spreading the word !!!
www.facebook.com/aspaceadventure

For an unknown reason, it seems that I never received some of the e-mails that people sent me in january. If it is your case, and if you're still waiting for an answer from me, don't hesitate to write again, using the address given here on the right (mail envelope icon). Usually, I try to answer within 1 or 2 days.

(For french people : the walkthrough has been released in french on jeuxvideo.com)

For those who never found the walktrhough in the game archive (Bonus folder), you can now download it here : http://www.aspaceadventure.fr/updates.html
(gameguide_ENG&FR)

I finally found some time to write an help file that lists the issues you can meet in ASA, and how to fix them. I'm sure it will be useful, so please download it here and have a look at it before trying to contact me when you run into a problem ! Thanks ! 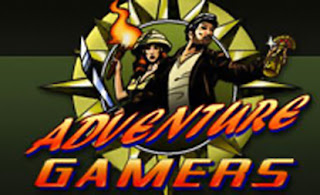 It's been a long time since I didn't update the blog, but today is a great day.

Adventure Gamers has reviewed ASA and they rated the game 4 stars out of 5 !

You can read their full article here :

And I would suggest you do, if you're still wondering if ASA is for you or not ! ;)