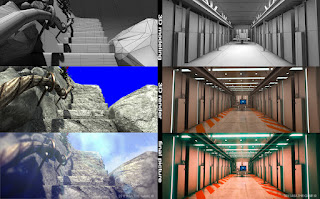 Friday, I posted an article about "rendering times" in 3D, which is also a time constraint during the production process. I think it was not always well explained - it would have been easier for me in french - but I had the good surprise to receive some reactions by e-mail. I decided to answer some questions here :

50 days of calculation for 20 minutes only of videos : are you serious ???
Yes ! And I think that "only" 20 minutes is quite a good result for a single dev ! Of course, these videos aren't stunning, don't wait for some Pixar... lol

When you say that studios use a renderfarm and that it makes things much easier, then why don't you buy one ?
Hmm... This idea crossed my mind (joke). No, honestly, that's impossible. Think of the price !  I'm not a studio, I can't afford buying one.
You could have sent your renderings on a webiste specialized in this !
Yeah, I could, but that's again a matter of cost.

To be clear, and answer the 2 previous questions, ASA is a very personal project. When I say it's an indie game, I do mean it's an INDIE game. I could almost say it's a personal experiment. I have NO budget, I don't use Kickstarter or anything like that, and I don't give money to anyone to help. The few people (and many thanks to them) who participated in making ASA possible with me made it for free, because they trusted in the project. That's what I call a great adventure :) Not in Space, but in "making things together" !

Does it mean that the game could be better if you had money ?

Yes, of course, undoubtedly.
I made my choices during the creation process : the graphics of ASA are nice (I hope so), but not great : most 3D models I made for the environments are quite low poly, the character animations might be sometimes irritating to the eyes, and the result himself may seem more amateur than professional...
I made these choices, because I knew the amount of work that it would represent to make ASA in its entirety. And instead of starting a greater project that I wouldn't finished, I chose to concentrate on the most important in order to go to the end.

Now, I don't want anymore questions about money : I didn't make this game for a matter of money ! :)

Is there a way to make rendering times shorter ?
Yes and no. Of course, you can make pictures look less detailed (3d models, textures, lighting...). But I think I found the best compromise for such a project. The grahics of ASA have already been too much lowered in quality. And you know, 15 minutes of calculation per picture (which is the maximum I reached) it's a very small time compared to many professional projects. It's not surprising when you reach 1 hour per picture !

That's all for today ! Thanks to those who asked, and thanks for reading my articles !
Don't hesitate to write me if you have questions about ASA. You can find my contact infos on the right of this blog.