Why speaking again and again of Riven on the ASA blog ? Because people who don't know what ASA is can refer to Riven.

Let me explain Riven, and I think you'll understand ASA.

Riven was certainly my biggest inspiration while making ASA. ASA is an all new game, yes, with a different universe and some new mechanisms, but the way it's built won't disturb Riven fans in any way : slideshow game, beautiful 3D pictures, exploration on your own, a strange universe, few help and a difficult game. Very difficult.You won't beat ASA in a few hours if you're not familiar with Myst clones !

Riven was released on PC in the late 1990s. I'm not sure of the exact date, but I think it arrived in France in 1998. I remember getting the huge 5-cd box from a friend at school, and being quite sceptic on the interest of a slideshow game. I played it and changed my mind. I was totally taken by the amazing graphics and the universe of the game. A few years later I even bought my own version  so I can lend it to my friends and family. Bad luck, my dad broke cd2 and I could never play again the french version of the game... 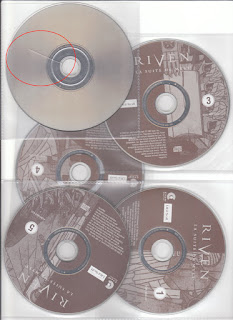 Riven is difficult, yes. You're left alone in a very strange world where you need to activate various mechanisms and solve puzzles. Difficult, but not impossible if you are patient and observer. The difficulty mostly resides in the way the world is built. I remember passing a full day looking for a clue, and realizing the next day that I missed something obvious that I just didn't see !
Like in the real world, when you're on your own, if you don't take notes on a paper when you know  you won't remember a thing, then you'll be totally lost. That's the point of the game : locate yourself in the world, take good notes, and you'll make it to the end. That's what I did, and I still have my sheet of paper with all my notes ! 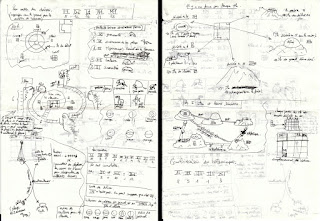 Of course, Riven wouldn't be the same without its awesome graphics. Just have a look at these pics, and don't tell me they're awful, just because it's not realtime 3D ! I really thought they were some photos taken in an exotic country somewhere on Earth, and transformed for the game ! I never imagined it was in 3D the first time I played it. Sounds funny nowadays, when we're use to see great CG graphics everywhere !

I'd say Riven is an experience, not a game. It's not only for people who like adventure games : everyone can try it. You need to be totally immersed in this universe, and beating the game must become an obsession. Lot of people won't understand this feeling and will stop from the beginning, that's normal. But the others, the one in need of evasion and mental challenge, should persevere. And, honestly, if you're really stuck, it's not a fault to use a walkthrough from time to time. Just don't use it during the whole game !