A word from the composer 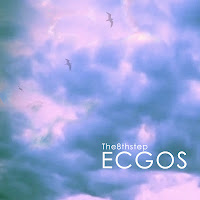 <<Lucky enough to surf on the relative success of the short film preceding the game, I took back the introduction scene's theme and try to spice it to the various environments the player would be going through out the game, most of the time putting myself in his shoes and wondering what I'd play on my iPod on the spot.

Composing it felt more and more like a casual movie soundtrack thanks to the many great graphic material provided, keeping it easy on the ear on most parts, dynamic on other, and even experimental in some cases...It's all inspired by the fine job of Simon.
This is my first complete video game soundtrack, made fun thanks to the freedom I had, mostly due to the fact that Simon didn't really had any budget for it and was extremely happy with pretty much anything I made him listen to...
What worried me in the making was how to keep the balance in the lively and dramatic touch I believe any composition of this kind should have, and how to prevent the player not to just turn the music off out of boredom.
What I believe interests me the most in the game is the scenario, the quality of the graphics and the development of the adventure, I actually wish I didn't know that much about it, just to enjoy discovering it totally once I get to play the full version.
What I enjoyed the most making the soundtrack was as usual the naming of the various tracks, there are 20 different songs, lucky me! Thanks for reading, I hope you'll enjoy the listen.>>

You can listen to Stélian's personal and professional projects on www.stelian.be

Here is a part of his work, an album entitled Ecgos :